When I first set up as a Life Coach no-one would hire me. Why would they? They didn’t know me, didn’t know what I stood for, didn’t know how I could benefit them. As a new kid on the block, I had no reputation. I couldn’t acquire a reputation overnight. So, what to do?

I Decided to Exploit My Clients’ Pain

When I started my business, one of my first decisions was that I would coach in the corporate world. My reasoning was simple; if you ask an ordinary person for £200 an hour for your services they run a mile. But if you ask a corporation for £200 an hour they think it reasonable because they’re accustomed to paying consultants megabucks.

The question was: “What pain could I possibly cure that is so acute that senior executives feel they have to do something about it?”

My right brain responded with the “Great Truth.” The corporate environment dumbs people down. Everyone tries to play it safe, to not rock the boat. This puts the dampers on creativity, out of the box thinking and extra-ordinary behaviour. It creates bland, compliant, ordinary executives.

At the same time, no-one likes to think of themselves as ordinary. The very idea of being thought of as “ordinary” causes people pain.

I decided that these pain points were my opportunity.

What I had to keep in mind is that no-one buys pain, what they buy is the cure. The challenge was to find a way to use the pain to grab my prospects’ attention and then to find a way to suggest that I had the cure. What I had to do was work out how to convince senior managers that they needed a few rebels in their teams. I worked on the understanding that is is the executives who behave in outstanding, creative and unusual ways that get ahead – in other words, the Rebels.

I needed to persuade the Rebels that what they needed in their teams were more Rebels like themselves. I came up with the table below. It was designed to highlight the differences between normal employees and Rebels. At the same time, it points to the advantages that Rebels bring to a corporation.

I put this table up on a new website. Then I emailed the Senior Managers in 100 top companies. I told them that there was a new way to improve the performance of their key managers.

but she happened to be the Director of a very large department at General Motors’ Credit Division.

We met, we sparked, she recognised that she needed to free up the thinking of some of her senior managers. She hired me. I was on my way.

Having GM as a client gave me massive street-cred – it was a springboard. Within a year I had leveraged that credibility. I was working for Dell, Xerox, Yves St.Laurent and Prudential. I would eventually coach senior managers in Government departments, P&O, Axa, Bosch, HP and Elsevier amongst others.

How I Created a Client Funnel That Lasted 25 Years

By the second year of my coaching practice, I was earning a six-figure income. I would continue to earn at this level for all of the time that I worked as a full-time coach. That’s how I became a  $Million Entrepreneur.

The great thing about creating Rebels is that once they start to express themselves they feel their energy. It’s amazing, I’ve seen people I initially thought ‘boring’ suddenly come alive and literally fizz with energy when they started to express their real selves. When they feel this energy they are often grateful to the coach who introduced them to this more powerful self.

One of the great dividends that you get from coaching senior managers results from the fact that they are mobile. When a senior manager feels that they need new opportunities they change jobs. And, if you’ve made a real difference to their lives they ask you to work for members of their new team. So it pays to do a good job. When you have a positive effect on the clients you coach they are happy to recommend you to others. Regardless of whether their new job is internal or with a new employer, they become agents for your services.

I also made personal communications an essential part of building my business. I made friends with key gatekeepers, particularly PAs and anyone who controlled diaries and meeting room bookings. I always exchanged personal e-mail addresses with most of my clients. This meant that I was able to keep ex-clients up to date with events that I thought would be meaningful or valuable to them. My aim was to magnetise them to my service magnet.

After the first couple of years over 90% of my work came via personal recommendation. 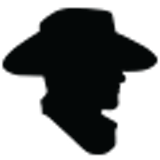 How The Rebel Became A Brand

I think it started with my personality. I was always something of an outlier, even at school. I suspect that my being dyslexic has something to do with this. My difficulties with the educational basics of reading and writing made me a poor student. However, it is not fair to blame everything on my dyslexia. A big part of my problem with schools was that I wasn’t very interested in what they were trying to teach me.

When I started to try to build a career I found corporate environments confining, restrictive. It was difficult to find opportunities to express myself. Ideas would pour out of me but they had nowhere to go. The wheels of work seemed to turn incredibly slowly. That was frustrating!

It was only by inventing challenges for myself that I could then solve creatively that I was able to remain focussed. It was this “self-stressing” technique that brought me to the notice of my bosses and led to my advancing up the career ladder. It was a lonely furrow to plough. However, it showed me that I could succeed by being myself. I started to see myself as a bit of a Rebel.

Over the years I thought of myself increasingly as a Rebel. I was careful to not deliberately upset too many apple carts. I played down the aggressive side of the Rebel nature.  I emphasised the creative and original thinking side of being a Rebel. And so the brand grew generically.

This site uses Akismet to reduce spam. Learn how your comment data is processed.

Recent Posts About The Itch